There are numerous tourist activities in and around the Cotswolds and the list below is a small sample to give you a flavour for the wide range of attractions and activities that are available. Further information is available from Tourist Information centres, which are located in the following local towns:

Stratford-upon-Avon: The birthplace of William Shakespeare and home to the Royal Shakespeare Company. Set in the beautiful rural Warwickshire countryside, on the banks of the river Avon, Stratford is one of the most important tourist destinations in the UK.

Batsford Arboretum & Wild Garden, Moreton-in-Marsh GL56 9AB (www.batsarb.co.uk): Set in 56 acres of natural beauty and once home to the famous Mitford family. Meandering paths wander through glades and alongside streams. A garden of peace and tranquillity for all seasons; 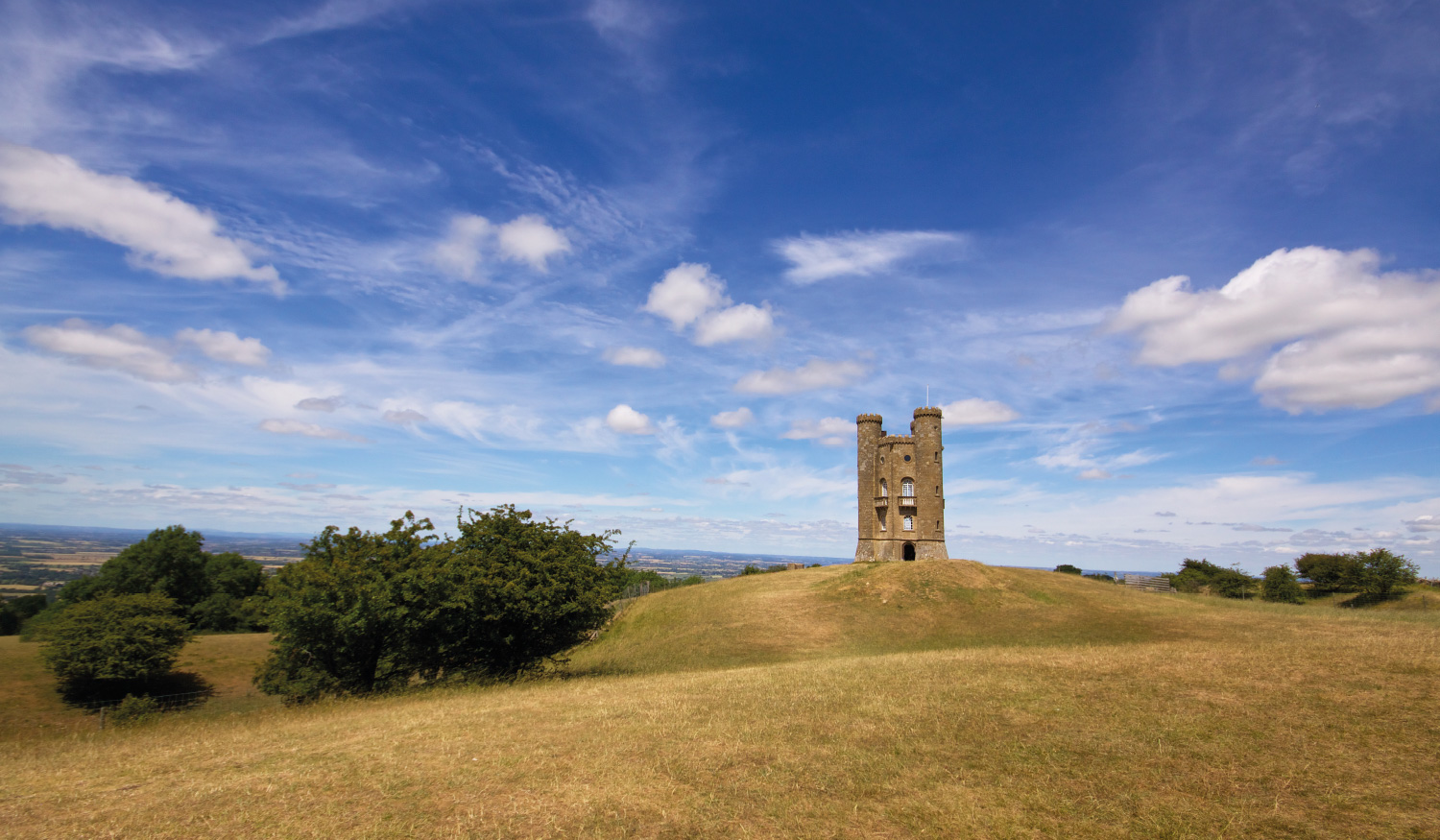 Broadway Tower Country Park, Broadway WR12 7LB (www.broadwaytower.co.uk): A unique Capability Brown Folly Tower open to visitors wanting to experience great English heritage in an inspiring location. Displays, roof viewing platform, shop and Red Deer Park are a must for Cotswold visits. Broadway Tower is one of England’s outstanding viewpoints and offers unrivalled views over a 62 mile radius and as many as 16 counties;

Chastleton House, near Moreton-in-Marsh GL56 0SU: A rare gem of a Jacobean country house, Chastleton House was built between 1607 and 1612 by a prosperous wool merchant, as an impressive statement of wealth and power. Owned by the same increasingly impoverished family until 1991, the house remained essentially unchanged for nearly 400 years as the interiors and contents gradually succumbed to the ravages of time. With virtually no intrusion from the 21st century, this fascinating place exudes an informal and timeless atmosphere in a gloriously unspoilt setting.

Hailes Abbey, near Winchcombe GL54 5PB (www.english-heritage.org.uk/hailes): Set in the beautiful western fringe of the Cotswolds surrounded by wooded pasture, the Abbey was one of the main centres of pilgrimage due to a phial said to contain the blood of Christ. The museum displays fine examples of sculpture and decorated tiles; 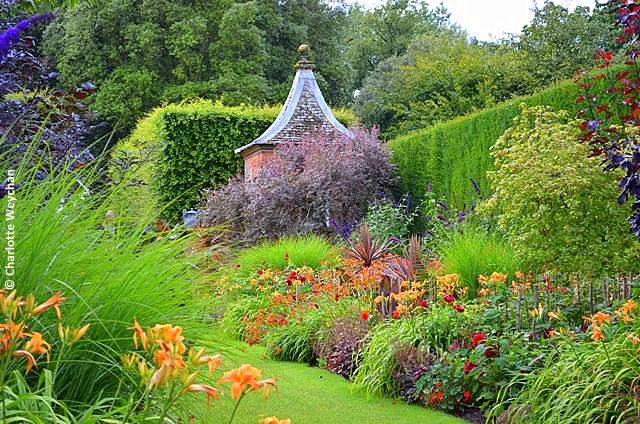 Hidcote, Chipping Campden. Relax and unwind in one of the country's great gardens and experience for yourself the fulfilment of a quiet American's English fantasy. You'll never forget the exquisite garden rooms, each with its own unique character. Discover rare shrubs and trees, herbaceous borders and unusual plants from around the world. The garden changes in harmony with the seasons, from vibrant spring bulbs to autumn's spectacular Red Border. Nestled in the Cotswolds with sweeping views across the Vale of Evesham, a visit to Hidcote is inspirational at any time of year;

Snowshill Manor & Garden, Snowshill WR12 7JU (www.nationaltrust.org.uk/snowshillmanor): Explore the treasures collected by one man with an eye for the unusual. Be intrigued by the story of Charles Wade, be amazed by his huge and varied collection from around the world and relax in the peaceful hillside garden;

Sudeley Castle, Winchcombe GL54 5JD (www.sudeleycastle.co.uk): Once the property of King Ethelred the Unready, later home of Queen Katherine Parr and garrison headquarters of Prince Rupert during the Civil War. Romantic ruins, award-winning gardens and one thousand years of fascinating history are among the many reasons to visit; 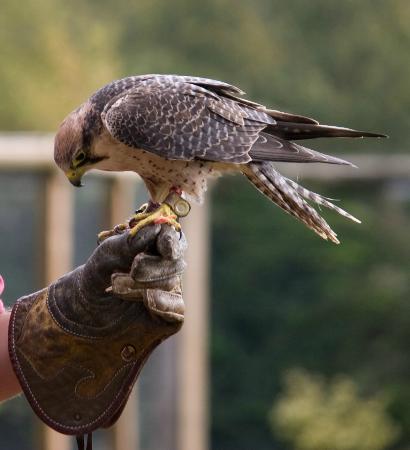 Cotswold Falconry Centre, Moreton-in-Marsh GL56 9AB (www.cotswold-falconry.co.uk): Eagles, hawks, kites, owls, vultures and falcons are flown throughout the day giving you a chance to appreciate their speed, grace, agility and their close relationship with the falconer. You can enjoy these wonderful birds and think positively about their conservation;

Daylesford Organic Farm, near Kingham GL56 0YG (www.daylesfordorganic.com): The Harrods of farm shops! One of the most sustainable farms in the UK, located in 2,000 acres of beautiful countryside of the English Cotswolds, owned by Sir Anthony and Lady Bamford. Award-winning food in the farm shop and café and a host of things to see and do: farm tours and farm walks, cookery school and organic farm school, and relaxing treatments at the Hay Barn Spa;

Gloucestershire Warwickshire Railway, Toddington GL54 5DT (www.gwsr.com): The ‘Friendly Line in the Cotswolds’ offers a scenic 20 mile round trip between Toddington and Cheltenham Racecourse, including the exciting Greet Tunnel, one of the longest on a preserved railway. Pop along and see the driver in his cab. Break your journey at picturesque Winchcombe station. Special events all year;

The Model Village, Bourton-on-the-Water GL54 2AF (www.theoldnewinn.co.uk/village.htm): A model of the actual village built of Cotswold stone to 1/9 scale in 1937. The River Windrush flows under Bourton’s famous bridges. The beeches, cherries and chestnuts are all in miniature. Music in the churches and of course, the model of the model; 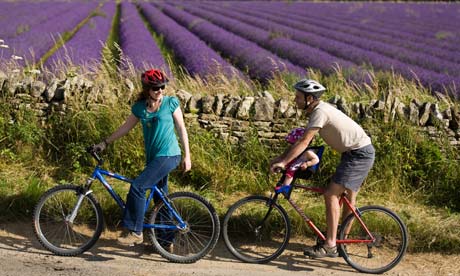 alking: Most people who visit the Cotswolds do some walking, even if it is just a stroll to the village pub! The area contains some of England’s most beautiful countryside and there are over 3,000 miles of public footpaths, to enable visitors to fully discover this rich landscape. As well as a number of local walks which can be accessed from the site, the renowned Cotswold Way starts at Chipping Campden approximately 2 miles from the cottages.

Cycling: The Cotswolds is criss-crossed with quiet country roads and lanes, as well as more challenging mountain biking terrain, making it perfect for all types of cycling. There are a number of places to hire bikes with the most local being:-

There are errors, please correct and try again...
No results found matching your search criteria. Showing all properties instead.

Little Country Houses has been supported by the Cotswold LEADER Programme in the creation of this new campsite. It is part funded by the European Agricultural Fund for Rural Development.

Loading...
Upps!
You're running a web browser we don't fully support. Please upgrade it for a better experience.
Our site works best with Google Chrome.
How to upgrade the browser